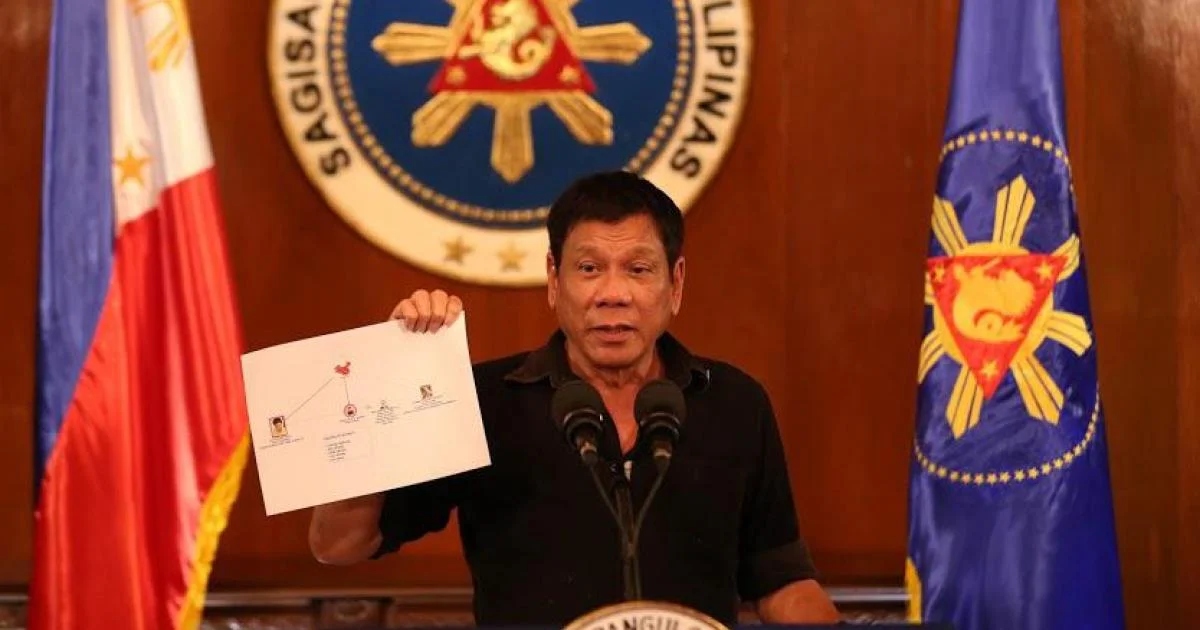 If given the chance to become president, Duterte, who faces the possibility of a human rights prosecution by an international organization, has clearly announced his intention to throw criminals into Manila Bay.

Translation: (Watch out, because the 1,000 (those who were executed) will increase to 100,000 if God should choose to place me there. In Manila Bay, you'll observe the fish gaining weight. Wherever I throw you there.)

According to Human Rights Watch (HRW), Duterte is to blame for the 1,000 executions that have taken place since 1990.

Additionally, Duterte challenged HRW to bring whatever case they were threatening to, knowing that they would be unable to bring any charges against him.

Gusto ko sila pumunta didto. (I want them to go there.) File a case directly in court. Just execute an affidavit, then I’ll call when it’s my time for cross examination. Mamatay na lang sila (Until their death), I will cross examine you until Kingdom come.

Duterte also said that he only needed a few hours to humiliate them.

As a final warning, Duterte said, “If I catch you lying, I will really pin you down. Siguraduhin mo lang na sigurado ka, baka ipapatay din kita for dragging me into something which I did not do.“

(Make sure that you are really sure (of what you are accusing me), I might have you killed as well for dragging me into something which I did not do.)