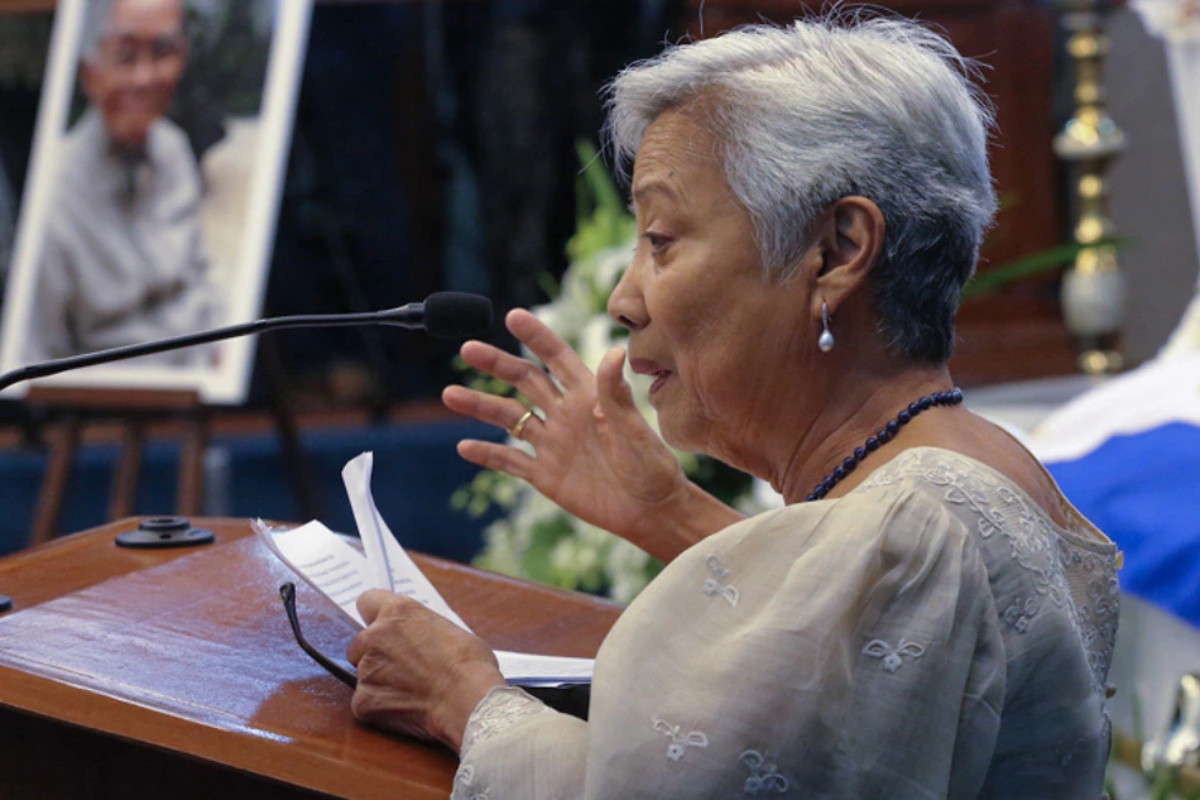 According to a Facebook post by daughter Lila Shahani on May 21, former senator Leticia Ramos-Shahani has been identified as having colon cancer.

Shahani is reportedly receiving treatment for stage 4 colon cancer, according to a report from ABS-CBN News.

“Mom diagnosed with stage 4 colon cancer, which has since metastasized to her liver and lymph nodes. She remains strong, as always, and is currently receiving several treatments. I am personally heartbroken. We would greatly appreciate your prayers,” the younger Shahani wrote on Facebook.

When President Cory Aquino's Laban Party competed against Ferdinand Marcos' Grand Alliance for Democracy in the 1987 senatorial election, Leticia Ramos-Shahani was one of just two women elected (GAD). Senator Santanina Rasul was the other.

Before leaving her position to run for senator, the former senator from Pangasinan had a lengthy and eventful career in foreign service. She had been the Philippine ambassador to Australia from 1981 to 1986.

She has also held the positions of Secretary General of the World Conference of the UN Decade of Women in Kenya in 1985 and UN Secretary-General for Social and Humanitarian Affairs.

Shahani, the younger sibling of former president Fidel Valdez-Ramos, held office in the Senate for two terms, from 1987 to 1992 and then from 1992 to 1998. He advanced in her brother's administration during her last term to at one point become the Senate President Pro-Tempore.

She had three children with the late Indian professor Ranjee Shahani, to whom she was married. Ranjit Shahani, the oldest, had held the position of vice governor for Pangasinan.

A seasoned diplomat, Shahani once called the Philippine government's response to Chinese threats in the West Philippine Sea "wimpy," pushing the department of foreign affairs to go above and beyond diplomatic convention to safeguard the nation's interests.