The Best Alien Invasion Movies To Watch During The Weekend

The alien invasion hat have stood out over time, as the great ones provide fresh concepts, compelling stories, and innovative imagery.

The rankings of IMDb users have made it simple for lovers of the genre to choose the greatest science fiction films ever.

The best-rated ones include seminal blockbusters like Edge of Tomorrow, Starship troopers and Alien as well as brilliant works of art like Interstellar and Inception.

The most recent film to exploit these subjects for entertaining, mind-bending content is Jordan Peele's "Nope," which is now playing in cinemas. As a result of the director's openness regarding his influences and desire to pay respect to classic science fiction, we felt it only right to don our tinfoil hats and watch some of the greatest movies about alien invasions.

Before we get started, let's establish some ground rules: we excluded movies where aliens land before the story's events. Despite being excellent science fiction movies in and of themselves, "District 9" (2009) and "Edge of Tomorrow" (2014) are more about dealing with the political ramifications than they are about invasion.

The direct effects of an invasion and how the main characters handle them are the key topics on our list. Have you ever wondered what an actual alien invasion would look like? Visit StationZilla and their speculative science articles to get answers to this and more crazy questions with hard science.

War Of The Worlds

Aliens invading Earth legends always start with "War of the Worlds." It was only right that a maestro like Steven Spielberg give H.G. Wells' novel the blockbuster treatment in 2005 after it enthralled readers in 1898 and scared listeners in 1938 in Orson Welles' radio rendition.

The location and the characters have been updated to fit the post-9/11 environment, with some substantial alterations to the original text. In spite of this, Spielberg succeeds in creating a comparable atmosphere of chaos and dread.

The director's best work may be seen in the invasion sequences. Moments that are still breathtaking over two decades later are the consequence of the pace, the gritty camera work, and the special effects.

It also doesn't hurt that Tom Cruise had a strong performance. "War of the Worlds" loses momentum in the third act, keeping it from classic status, but it is still a very enjoyable introduction to the rest of our list. 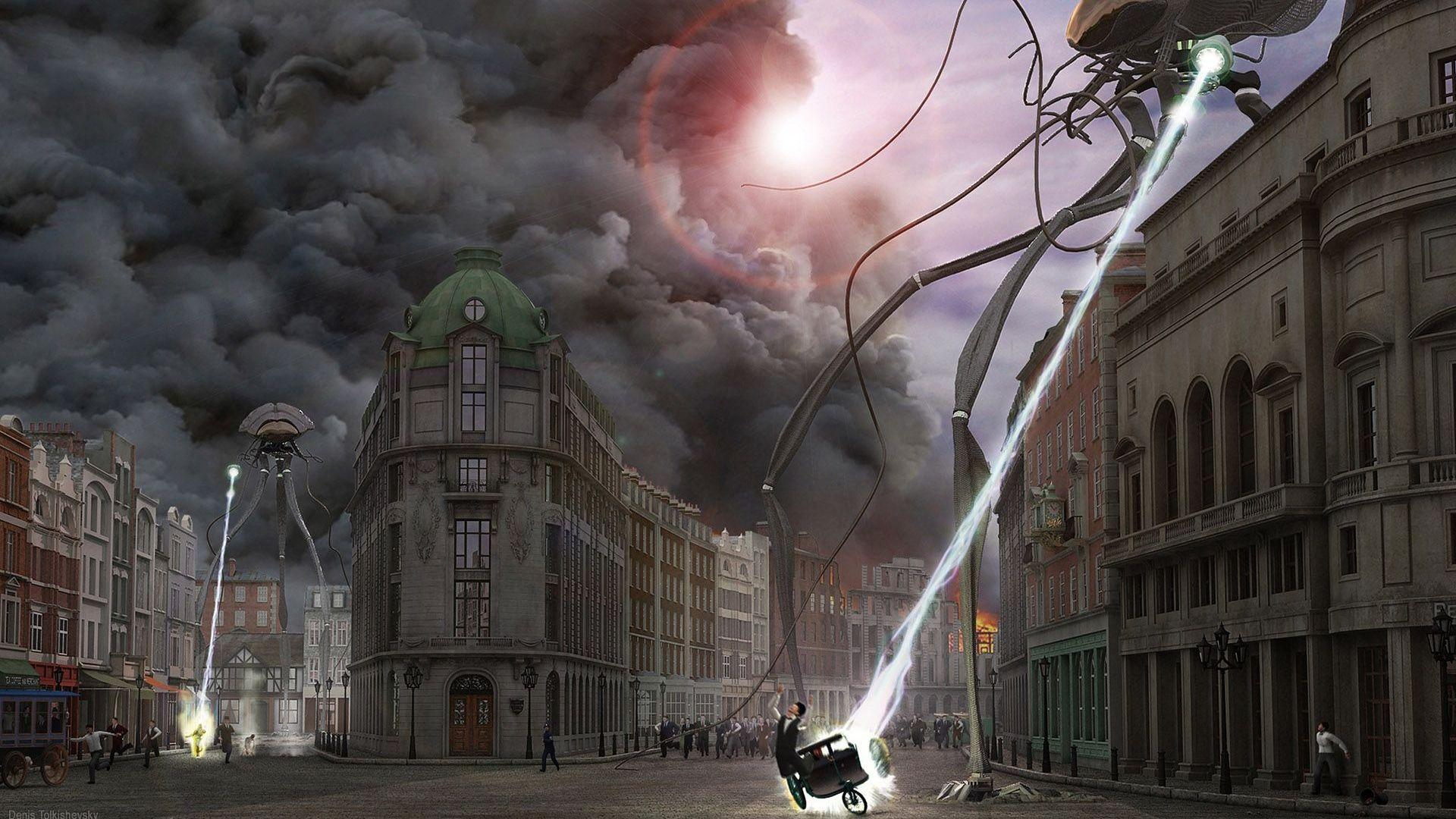 The reboots of "Star Trek" and "Star Wars" by J.J. Abrams have made him a divisive figure. We understand. More than an innovator, he emulates others' work and bases the majority of his artistic choices on the aesthetic established by figures like Steven Spielberg and George Lucas. In spite of these flaws, "Super 8" (2011) is still fantastic, as we will now say.

The film's ending is doubly satisfying due to the inclusion of a motley crew of kids, an alien force occupying a small town, and a focus on interpersonal dynamics.

Although it's nothing new, Abrams's judgment was spot on, and the end result is one that deserves repeated viewing. You could do much worse when it comes to fake Spielberg films.

The Vastness Of Night

The least-watched movie on the list is "The Vast of Night" (2019), so if you're among those who haven't seen it yet (it's currently available on Amazon Prime), we implore you to do so immediately.

The film, which is set in 1950s New Mexico, follows a switchboard operator (Sierra McCormick) and a disc jockey (Jake Horowitz) as they look for the source of an eerie broadcast over the course of one night in the 1950s.

Aside from the sparse effects, there is a lot of dialogue and lengthy takes. Writer/director Andrew Patterson demonstrates he doesn't need a CGI extravaganza or a star-studded cast to hide behind.

It can be easy to forget that you've been watching a phone operator struggle with phone lines for ten minutes because he coaxes brilliant performances out of his actors and the tension is masterfully handled. In the best way possible, "The Vast of Night" is reminiscent of the "Twilight Zone," and Patterson is the real deal. Watch him carefully.

Even more so than the Cornetto trilogy films, which came out around the same time, Attack the Block is a very British movie. To understand Attack the Block, you must first recognize that we, as a nation and in our media, are incredibly racist and dislike young people, the poor, and minorities.

Attack the Block's heroes, which include future rebel scum Jonathan Boyega, aren't meant to win you over right away. They are meant to look like the wild, ASBO-carrying teens that British tabloids often used to scare white readers.

Since these kids first showed up in the news as an alien invasion, we've been told that they are black, shapeless, furry monsters with glowing green fangs who robbed a nurse and future doctor named Jodie Whittaker.

It serves as a great reminder that, in alien invasion tales, what the aliens reveal about the humans is what matters most. It's also a fantastic satire and action movie. 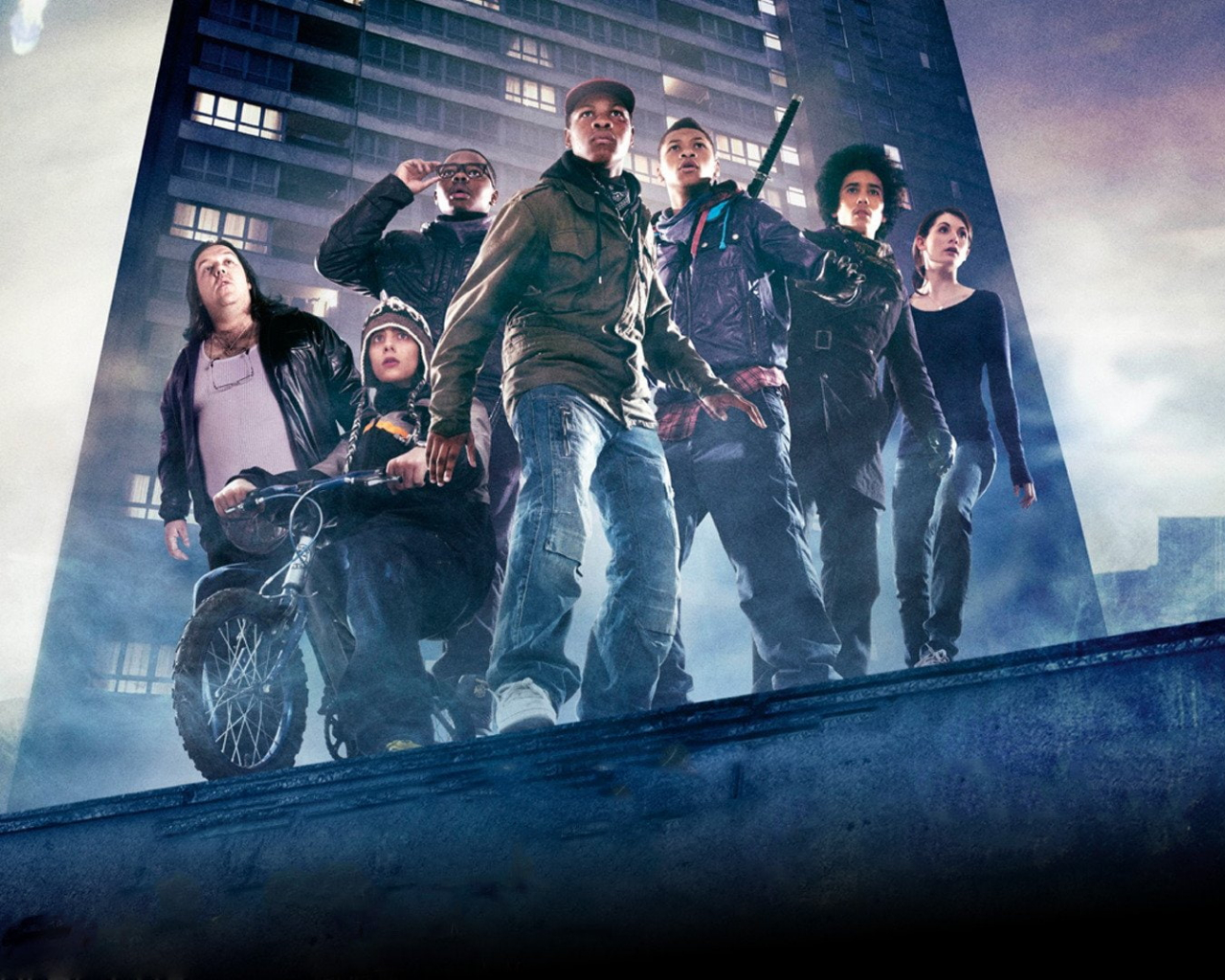 Close Encounters Of The Third Kind

For Steven Spielberg, there is no escape. With his sequel, "Close Encounters Of The Third Kind," the filmmaker who contributed to the development of the modern blockbuster with "Jaws" (1975), created one of the most arresting and ambiguous blockbusters ever (1977).

A government scientist (Francois Truffaut), a mother who is grieving (Melinda Dillon), and a man who is driven to find evidence of extraterrestrial life (Richard Dreyfuss) are among the characters in the film's multifaceted story.

Too many iconic scenes from the movie are present to list them all. Furthermore, it performs as a rarity within the Spielberg canon, at least thematically.

When faced with supernatural phenomena, the heroes in the film are frequently saved by their pragmatism and capacity to remain grounded.

While Dreyfuss's character leaves his family and job to seek out the truth, the opposite is also true. Wondering what he might find offsets the extreme sadness of this decision (and what we might see, depending on which version of the film you prefer).

It's a fine line that "Close Encounters of the Third King" walks with the dexterity of a ballet dancer.

Are There Any Upcoming Alien Movies?

The new Alien movie is expected to start production in early 2023, which means that viewers will be able to witness the movie sometime in 2024. As with the most recent Predator prequel, "Prey, it was previously rumored that Disney's "Alien" movie would be exclusively available on Hulu.

How Many Xenomorph Movies Are There?

The alien species first appeared in the 1979 movie Alien and then returned in the sequels Aliens (1986), Alien 3 (1992), and Alien Resurrection (1997). The species reappears in the prequel series, first in Prometheus (2012) as a precursor and then in Alien: Covenant (2017) as a more advanced variant.

Is Alien Owned By Disney Now?

The parks could now at any time reintroduce the idea of an "Alien" attraction, and given the ever-evolving nature of the parks, it could become a real possibility down the road. However, the Alien franchise is now officially under the Disney umbrella as a part of the Disney/Fox merger that was completed in 2019.

Alien invasion movies can raise questions about presumptions that would otherwise go unanswered by posing what-ifs that are both far-fetched and close to home. Through movies, TV, and books, science fiction shows us how our society could have changed, both for the better and for the worse, if certain things had been different.