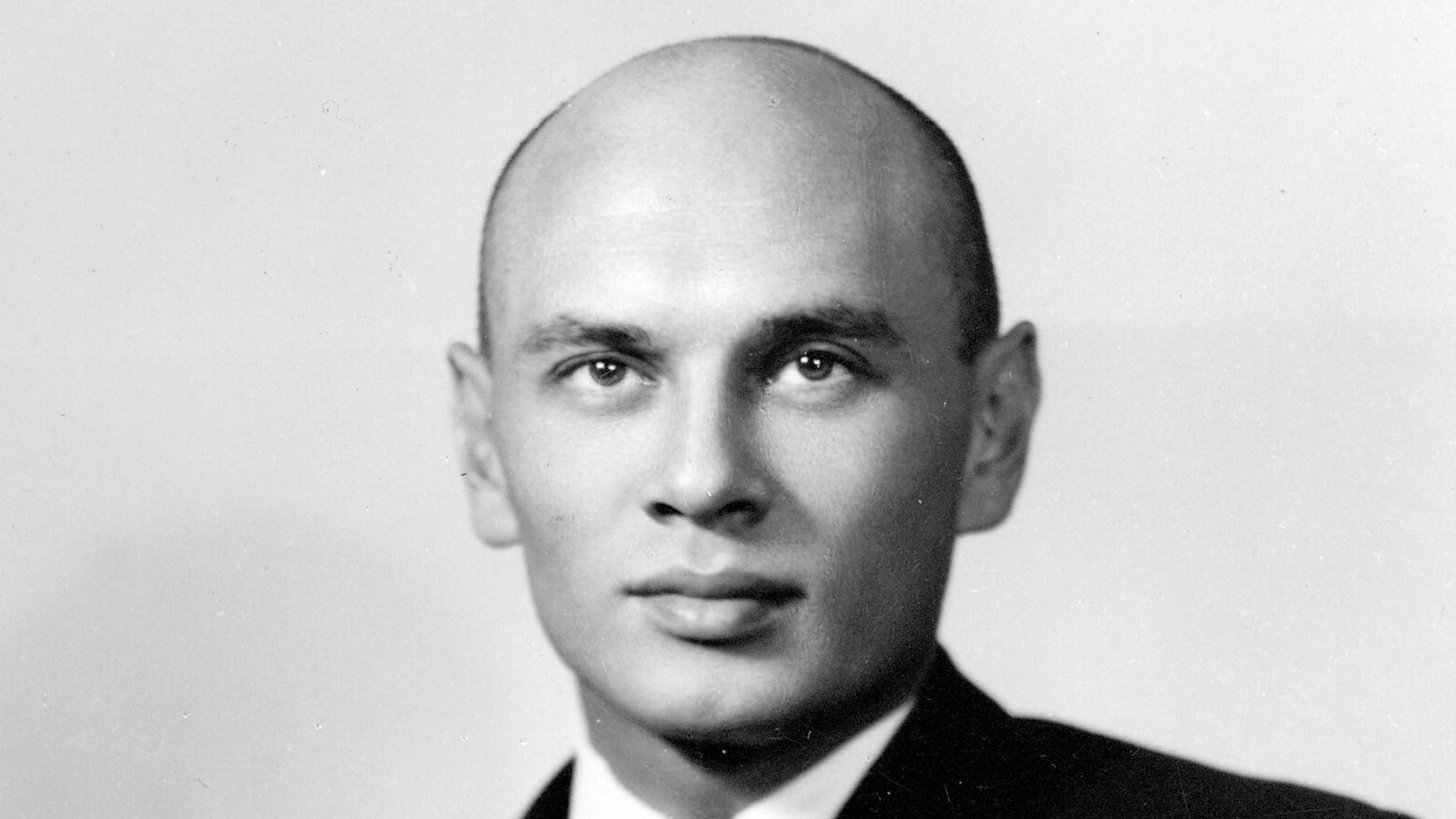 The Russian actor Yul Brynner earned an Academy Award for his work in both cinema and theater. He has had a variety of roles during his career in both theater and movies. In addition to being an actor, he was also a performer who dazzled millions of people with his wide variety of skills, frenzied energy, immaculate look, and endearing personality.

Yuliy Borisovich Briner was born Yul Brynner on July 11, 1992, in Vladivostok, Far Eastern Republic. He had mixed Swiss-German, Russian, and Buryat ancestry, and he was a citizen of Russia. Brynner was the name of the boy born to mining engineer Boris Yuliyevich Briner and Marousia Dimitrievna. His younger sister was named Vera Bryne.

Brynner's mother relocated to Paris in 1932 out of concern about an impending conflict between China and Japan. There, he discovered music, and he started playing the guitar in Russian nightclubs.

Brynner spent three years performing in a French circus after receiving training as a trapeze artist. He was forced to quit his job and begin a new one due to a back issue. In response to this, he started acting. In 1940, Brynner and his mother arrived in the US and resided in New York City.

During World War II, he started working for the "Office of War Information" as a radio broadcaster and commentator. His job was to send propaganda to France, which was occupied at the time.

He also received acting instruction from Russian acting teacher Michael Chekhov around this time. Later, he traveled the country with Chekhov's theater company. With a supporting role in Shakespeare's "Twelfth Night," he made his theatrical debut.

He next worked on the television show "Mr. Jones and His Neighbors" before appearing opposite Mary Martin in the 1946 production of "Lute Song." In addition to performing, he accepted a number of modeling jobs. At the brand-new CBS television studios, he gave directing a go. He also had a role in the first Mr. and Mrs. talk show on television.

He made his debut on the big screen in 1949 with the film "Port of New York." He declined acting opportunities since he already had a great career as a television director. However, Mary Martin insisted that he go to the 1947 audition for the part of "King Mongkut" in the Rodgers and Hammerstein stage production of "The King and I."

He received a great deal of praise from both critics and the general public for playing "King Mongkut of Siam." He performed the part on stage 4,625 times during his career. He also performed the part in the Broadway revivals from 1977 and 1985 as well as the 1979 London production.

He repeated his performance as "King Mongkut" in both the 1956 motion picture adaptation and the 1972 CBS television adaptation. He later won the "Academy Award" for "Best Actor" for the movie. He was hired for multiple movies when "The King and I" became a huge hit.

With his appearances in movies like "The Ten Commandments" and "Anastasia," he became a household name. His outstanding acting abilities and alluring accent helped him gain parts in a number of other movies, including "The Magnificent Seven," "Taras Bulba," "Kings of the Sun," and the 1959 Biblical epic "Solomon and Sheba," in which he portrayed the part of "Solomon."

Other movies he acted in were "Morituri," in which he shared a screen with Marlon Brando; "The Madwoman of Chaillot," in which he was paired with Katherine Hepburn; and "The Brothers Karamazov," in which he co-starred with Lee J. Cobb.

He portrayed the title role in the movie "The Ultimate Warrior" at the conclusion of his playing career, and his last movie, "Death Rage," came out in 1976. He experimented with photography, writing, and music rather than limiting his abilities to acting and directing.

He wrote numerous books during his lifetime, including "The Yul Brynner Cookbook: Food Fit for the King and You" and "Bring Forth the Children: A Journey to the Forgotten People of Europe and the Middle East." He had taken the pictures for the books.

He contributed several songs to the soundtrack of "The Brothers Karamazov" as a guitarist. His CD, The Gypsy and I: Yul Brynner Sings Gypsy Songs, was published in 1967. 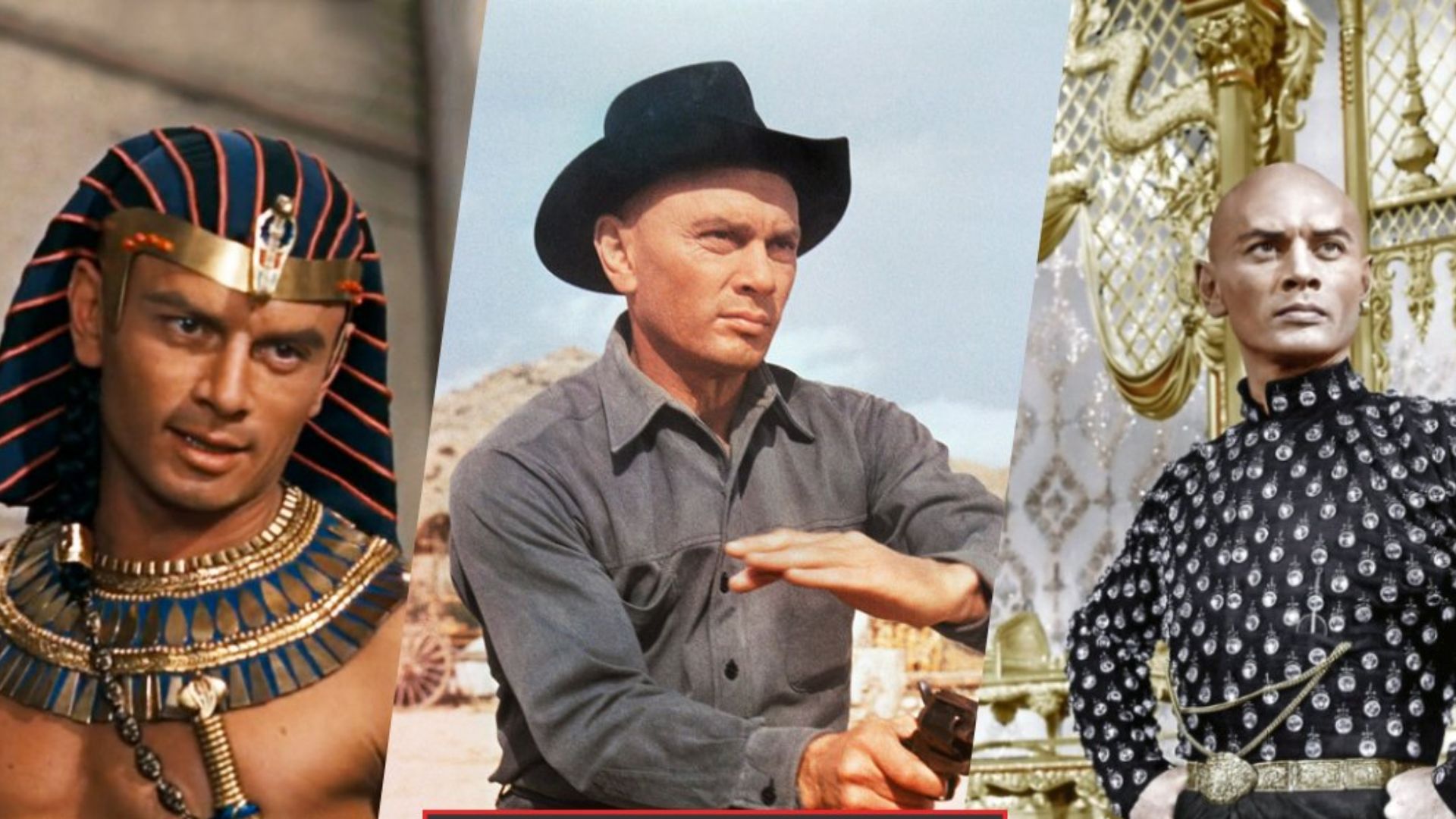 Yul Brynner has received praise and honors throughout his career. He won a Tony Award in 1952 for his performance as "King Mongkut" in "The King and I" in the category of "Best Featured Actor in a Musical."

For the following two years, he was also listed as one of the "Top 10 Stars of the Year." He received a star on the "Hollywood Walk of Fame" at 6162 Hollywood Boulevard.

Throughout his life, Yul Brynner was married four times. He was married to the actress Virginia Gilmore from 1944 until 1960. Rock Yul Brynner, their son, was born to them both. In 1959, he and Frankie Tilden had a daughter. In 1960, he married Doris Kleiner. The peace lasted for seven years, until 1967. They gave birth to a daughter, Victoria Brynner.

He married Jacqueline Thion de la Chaume the following year. He married her in 1971, and they were separated in 1981. They adopted Mia and Melody as their two children. He married Kathy Lee in 1983. They were married for two years until he passed away in 1985. Until his death, Yul Brynner avoided controversy and rumors.

Some Interesting Facts About Yul Brynner

The Russian actor Yul Brynner had a $10 million fortune. He acquired these riches through working in a variety of entertainment-related fields.

Who Is Yul Brynner?

Yul Brynner is well-known for his work as an actor, television director, photographer, musician, and writer.

What Is Yul Brynner's Height?

How Much Money Is Yul Brynner Worth?

Yul Brynner has a $10 million net worth.

Yul Brynner was a fantastic performer who wowed millions of spectators with his abilities, good looks, and vivacious personality. The world has lost a multi-talented actor. But he will always be remembered in the hearts of his admirers.